The particularity of producing in situ is very present in «7J / 7» the work produce by Kevin Rouillard during those last months. In a given time, in a specific territory, during the autumn of 2018, in the Ajuda district of Lisbon, the artist did not choose to dwell on the Portuguese classical heritage, nor on its colour but on the building materials that currently surround the city. Thus his colour palette oscillates between black, gray, metallic. As usual, as its title testifies, the methodology he imposes around his practice is rigorous, like the one of a worker ant. Every day, with often repetitive gestures with the help of a soldering iron, the form appeared and hence required the manner in which it will be presented. Here, for example, corrugated iron is handled until the form and the material are exhausted. Then comes the time of the assemblage to create an archetype. 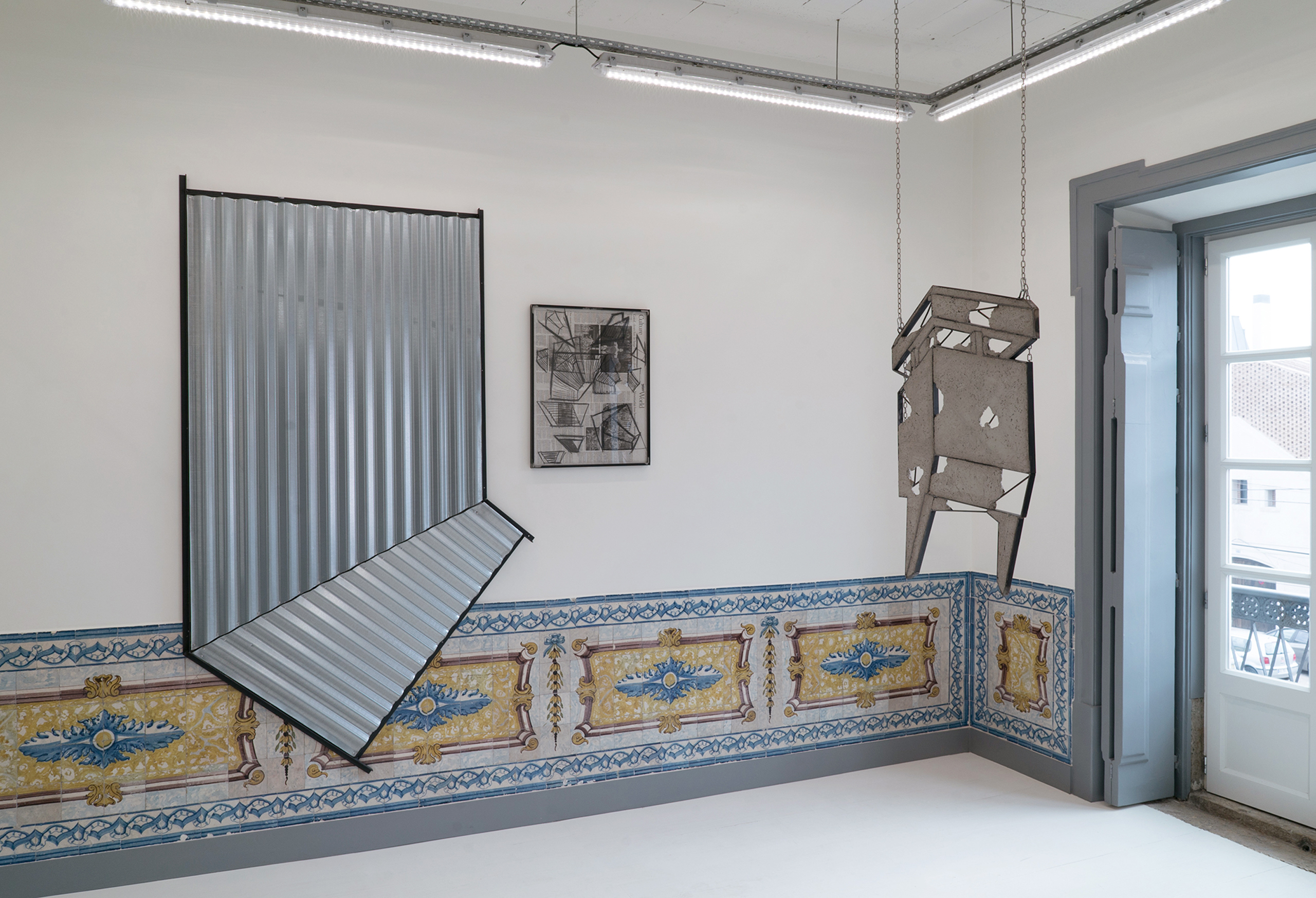 Games of fullness and emptiness. These voids can remain or being fill up. These are the questions and answers to the artist’s works. Other forms, taken from the Ajuda neighbourhood, can be distinguished and confused: Masks or Miradors? The observer can choose the mythology he prefers. The artist decontextualise it, manipulates it, fills it, erases it and then expose it again. He questions the symbolism conveyed by his form and his history. Is it a mirador? A witness of neighbourhood life? A monitoring tool, now obsolete, or a simple historical marker? Transformed, it becomes a sculpture of iron and concrete suspended, a kind of ruin. If this reading is chosen, the snap confirms that these watchtowers are there to monitor visitors. Or is it a face? The mask of a medieval armor? They then become totems, recalling a modern fetish, whose viewer is invited to go around. 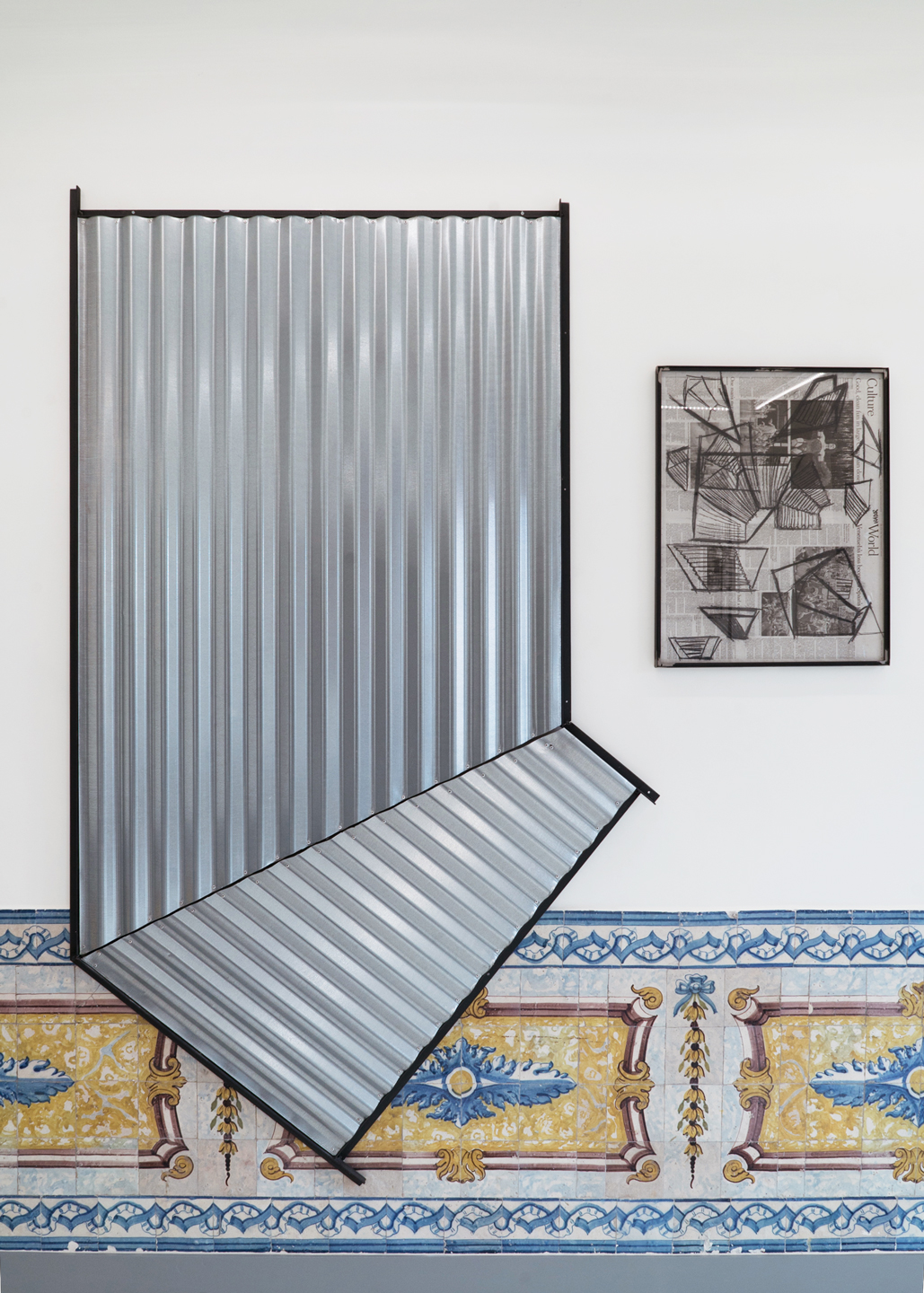 Two constants appear at the end of the residency: the chromatic palette around the gray and the metal line which crimped each of the works as to guide the visit. Subtle, the drawings on newspaper, inspired by the sheet metal parts, balance with the massive pieces. Realised a posteriori, they are not sketches. They complete these pieces. It’s all about balance. In confronting them, Kevin Rouillard confirms the reading of the works. If the arrangement works, his fight is won. The viewer can see both an artist working for his survival and a new era of industrialisation. 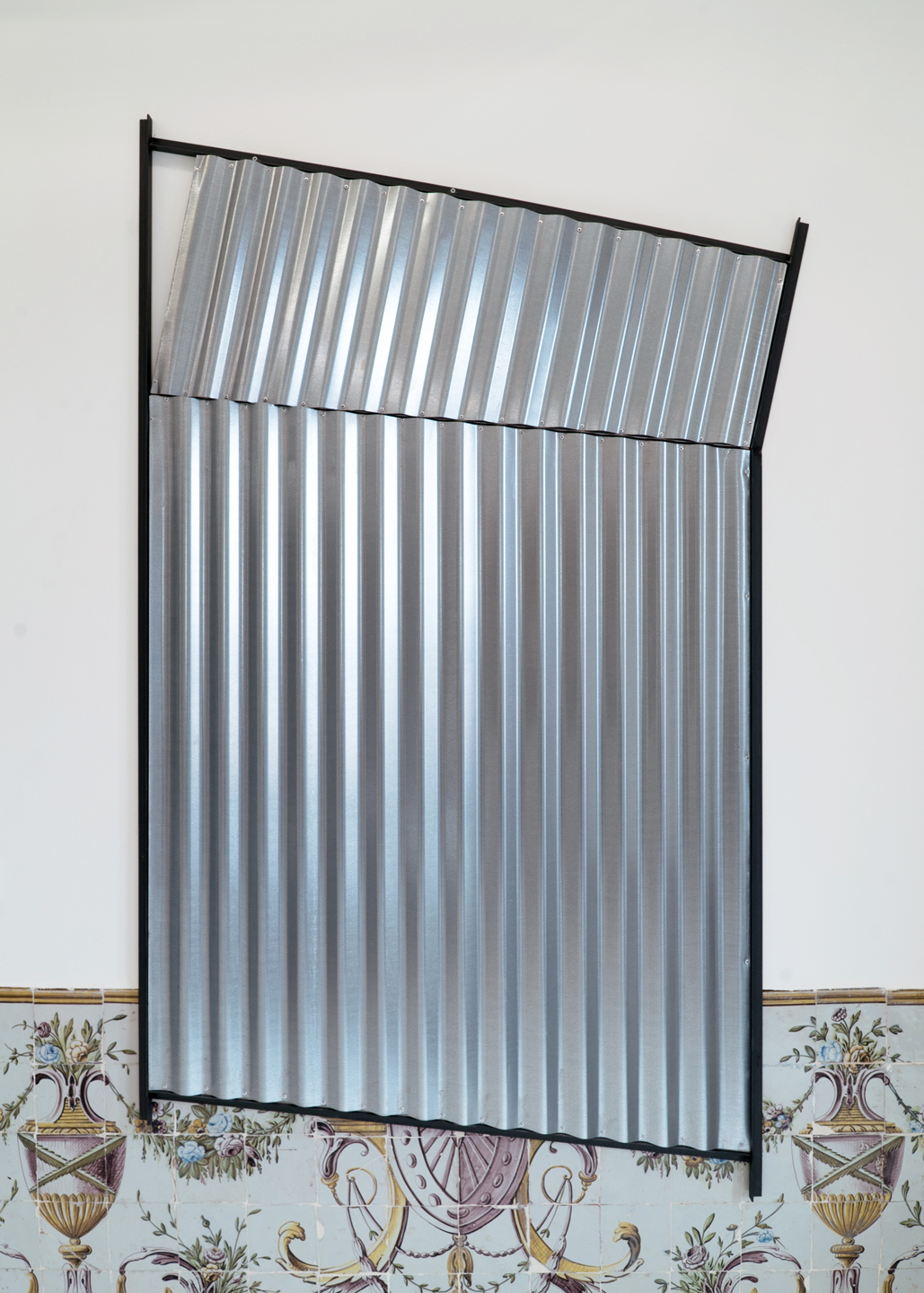 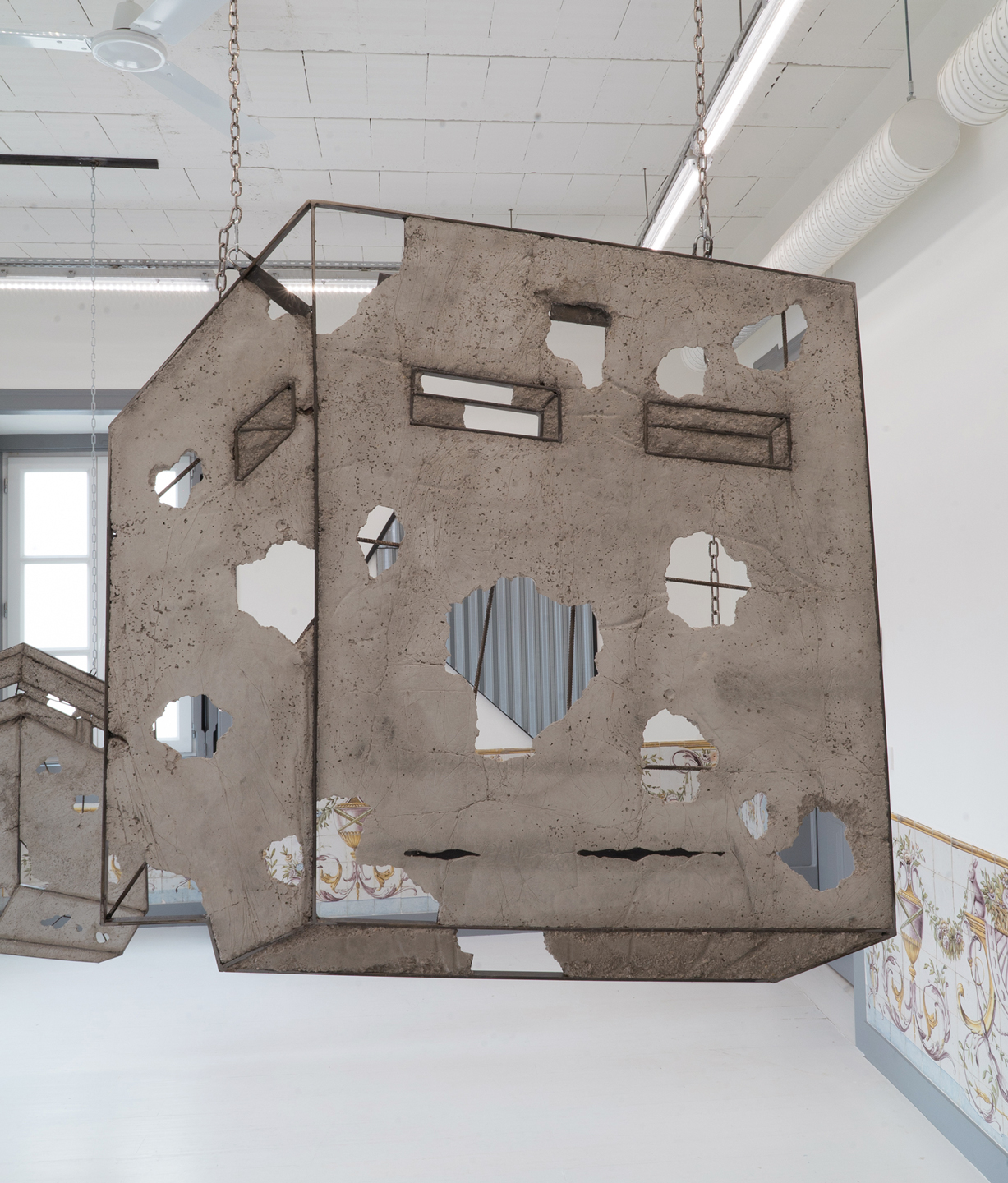